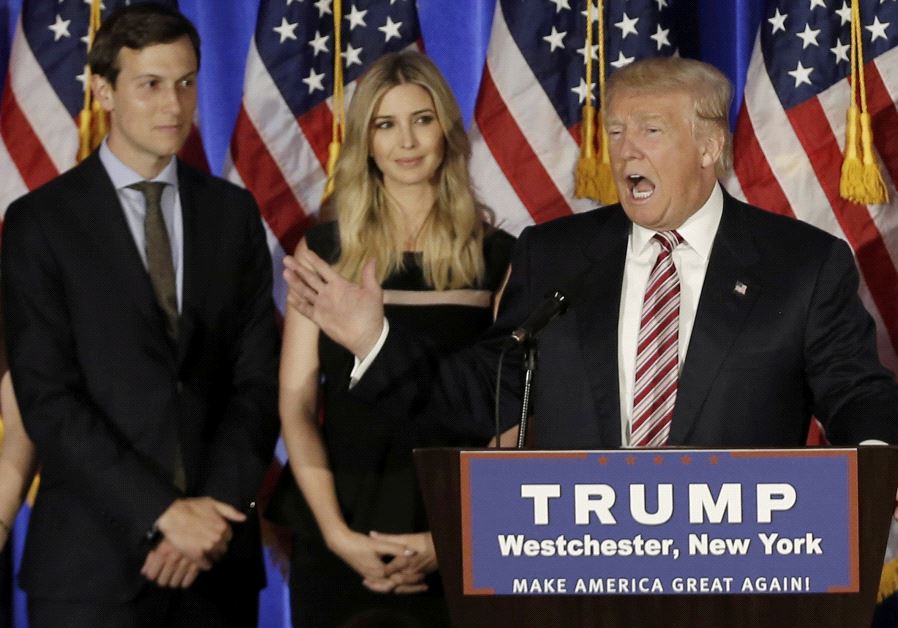 President Donald Trump will issue a new directive Monday to supercharge the U.S. government’s support for science, tech, engineering and mathematics, including coding education, as the White House seeks to train workers for high-demand computer-science jobs of the future.

To start, Trump is set to sign a presidential memorandum at the White House later today — a policy, first reported by Recode, that tasks the Department of Education to devote at least $200 million of its grant funds each year to so-called STEM fields.

And on Tuesday, Trump’s daughter and adviser, Ivanka, is expected to head to Detroit, where she will join business leaders for an event unveiling a series of private-sector commitments — from Amazon, Facebook, Google, GM, Quicken Loans, Salesforce and others — meant to boost U.S. coding and computer-science classes and programs, multiple sources confirmed to Recode on Monday.

The exact total of their financial pledges is unclear, and the White House did not provide further details about industry participants on Monday.

On a call with reporters, though, Ivanka Trump stressed the whole of their new campaign aims to ensure “every student across the country, from our rural communities to our inner cities,” has access to tools that can prepare them for digital-minded jobs.

“Given the growing role of technology in American industry,” she continued, “it is vital our students become fluent in coding and computer science, with early exposure to both.”

Trump’s new computer-science campaign builds in some ways on previous work by his predecessor, former President Barack Obama, who sought to boost coding education through initiatives like Computer Science for All. That 2016 effort similarly relied on commitments from nonprofits and tech companies, who pledged to help city and state leaders improve their STEM curricula. But a key piece of the so-called CS for All program — $4 billion in new federal spending — never won approval from Congress.

Obama scored some early wins anyway, but it’s still the case that less than half of all U.S. high schools offer computer science classes, according to an estimate from Code.org, which has worked with both the Obama and Trump administrations on the issue. To that end, Apple chief executive Tim Cook urged Trump to make coding a requirement in public schools when he joined the president and other tech leaders at the White House’s so-called “tech week” this June.

A month later, Cook and other business leaders, including Lockheed Martin CEO Marillyn Hewson and Microsoft President Brad Smith, huddled with the Trump administration — including Ivanka — on a private call to discuss ways to rethink federal policy through a tech lens, sources told Recode this week.

But the White House’s announcement nonetheless comes at a perilous moment for tech, corporate America and the Trump presidency.

A month ago, scores of executives, including tech giants, resigned their posts on two councils advising Trump on business and manufacturing issues, citing Trump’s early refusal to blame the violence in Charlottesville, Va., on neo-Nazi demonstrators. More recently, the leaders of Apple, Facebook, Google and Microsoft have openly criticized the president for ending an immigration program known as DACA, which protects children brought to the United States illegally from being deported.

Many of those tech giants are now lobbying the White House and Congress intensely to restore the legal shield for roughly 800,000 beneficiaries, known as Dreamers. And those participating in the White House’s computer-science announcement this week could find themselves under immense, new pressure — particularly from their employees — to use the opportunity to continue trying to advance immigration reform and other, related issues.

Some of the tech giants promising new dollars for coding education came to the table as a result of the Internet Association, the Washington, D.C.-based lobbying voice for the Valley. Other participants include Accenture, Intuit and Pluralsight, an online education company.

In the nation’s capital, meanwhile, the Department of Education is tasked with figuring out how to dedicate at least $200 million in existing funds toward computer science. Part of that mandate includes focusing on coding education programs that target women and minorities, two under-represented groups in tech hubs like Silicon Valley, according to senior administration officials.

Ivanka Trump, for her part, has focused recently on issues like workforce development. “By supporting computer science curriculum in our schools, I hope that all children will have the opportunity to become fluent in this language of the future,” she posted to Instagram in June — along with a photo in which she’s sitting with her daughter, Arabella, learning how to code.