Google Docs is going to help fix your bad grammar 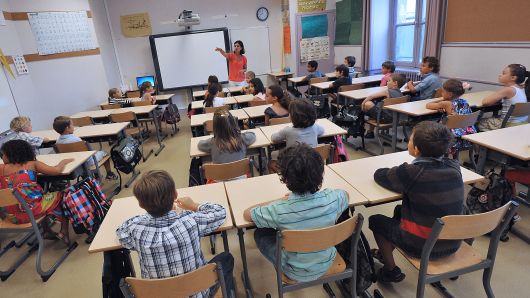 The company is launching a new “grammar suggestions” feature in Docs that will catch and suggest corrections for all sorts of language slip-ups, including article errors (“a” versus “an”) and more complicated concepts, like dangling subordinate clauses (for example, “After she drank her coffee” cannot stand alone as a sentence).

Google says it will use real-time machine translation to discover mistakes, and that the service will get better over time as its system learns from users.

The service is similar to the product of startup Grammarly, which has raised $110 million, or Microsoft Word’s “Editor pane.” Microsoft’s Word program has had some form of grammar checking built-in since the early 1990s.

When the feature first launches it will only be available to GSuite business users, but will eventually roll out to anyone who uses Docs.

Along with the announcement of grammar suggestions, Google says that it’s bringing its “Smart Reply” feature, which automatically suggests simple artificial intelligence-powered responses, to its Hangouts chat app for business customers. Its more robust artificial-intelligence powered system, Smart Compose, which launched in Gmail in May and can write or finish full sentences, will also now be available to business users.